Mudfoot is an elderly and frail African-American man with puffy white hair, white eyebrows, and a white mustache. 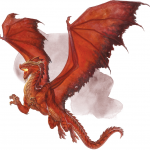