Miss Wucher was the third teacher and mentor of the Junkyard Gang. She is Caucasian and has blonde hair.

She was the teacher that talked to Fat Albert about the problem of the new kid Dennis, explaining his condition, clarifying that he was an "atypical child". She also introduced the wheelchair bound new kid, Chewy Keyes, or "Wheely" to the gang in class. 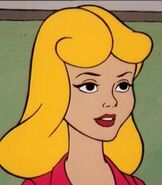 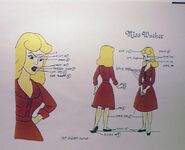 Add a photo to this gallery
Retrieved from "https://fatalbert.fandom.com/wiki/Miss_Wucher?oldid=9139"
Community content is available under CC-BY-SA unless otherwise noted.